Last year, I made the following resolutions:

Surprisingly, pretty well. I made myself a priority and started to treat myself the way I wished others would. Basically, I gave myself a friggin' break and stopped kicking my own ass. Was I always perfect? Hell no. Will I ever be? Hell no. I never want to be perfect. I just want to be the best version of me that I can be. For my kids. And my husband. But most importantly, for myself.

So this year, I again resolve to be kind to myself. To not judge my actions against the actions of others. And to love myself, no matter how broke I may be. I hope you will join me.

I am super grateful that anyone buys my kids anything ever, but sometimes common sense just doesn't enter the gift giving process. Here is a lift of a few things to not buy my kids for Christmas this year (or ever):

Things that are way over my kid's pay grade
Now, don't get me wrong, my kids are smart. But a lot of gifts we receive are for kids that are more than twice their age. This is lovely and all, but the toys basically sit and collect dust until my kid can understand them and by the time they can, I have either buried them under three tons of other crap, never to see them again, or they are so completely uncool that my kids wouldn't touch them with a 10-foot pole. Sponge Bob erector sets? Seriously, grandma. These are so 2013.

Things that are choking hazards
On the same age-appropriate note, though one of my kids is old enough to play with toys with small pieces, the other is not. So buying her Polly Pockets is AWESOME for her until she plays them with her little brother and says, "Here, Cool Cucumber. You can play with this tiny shoe. I hope you choke on it." Not fun for anyone. Also, Polly Pockets should be banned from existence anyway. Who the hell has time to corral all of those tiny little pieces? How about I just vacuum up the entire set and we call it a day?

Things that take up an entire room
People like to be generous when giving gifts to kids. Which is freaking awesome. Except when their generosity comes in the form of toys that take up an entire room. Though the 16-foot blow-up ball pit was a super awesome score for the kids, I now have to watch TV while sitting in the middle of it. Because god forbid we take it down and play with something else. Ever. Especially since you play with it for a whole 10 seconds A WEEK!

Toys that my kid obviously already has
Wow, a set of blocks? I TOTALLY never thought to get my three-year-old blocks. You are a genius. Let me put these right next to the 16 other sets of blocks she has because she is THREE and not a homeless child who lives on the street.

Things that require D batteries
Seriously. Just stop. Those things are like $5k a piece and each toy that uses them needs at least four of them to work. And then 15 minutes later…it needs four more. Mama is broke and that toy is ANNOYING!

Things that require ninja-like skills to assemble
If it takes more than five minutes to assemble, please, please, please either assemble it before you give it to them or don't buy it. Christmas sucks major ass when we are in the middle of 3,000 tons of empty boxes and wrapping paper and my kids just HAS TO play with Barbie's ski chalet RIGHT NOW. I am still in my pajamas and haven't had any wine yet, so I am not prepared to work an allen wrench, hammer and power saw to put Barbie's winter timeshare together right now. OK, stop crying. I will just get some duct tape and super glue and this shit is on.

How to survive the princess stage 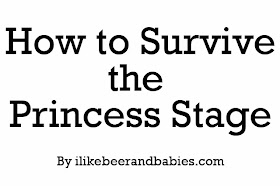 No matter which way you slice it, if you have a little girl, she is most likely going to end up having a princess stage. Even if you never introduce her to a single princess yourself, she will have little girlfriends who love princesses, or she will see one on TV or at the mall, and the mania will hit. And, man, does it hit with the quickness and intensity of a meth addiction.


For those of you who don’t have little girls or whose girls are still too young, I am sure you are just swooning at the idea of a princess stage. But for those of you who are currently neck-deep in tutus and tiaras, you may have had enough of Cinderella’s fancy ass and need a little help and a lot of wine.

Though we kept The Quiet Contemplator as far away from all things princess for as long as possible, the tide of pink and frilly slowly leeched its way into our house via my daughter’s friends at school. TQC is now in a full-blown princess mode 24-7. I want to take all of her princess shit and light it on fire in the middle of my living room. Seriously, if I have to watch Snow White one more time, I am going to have a princess-induced rage stroke.

But through all of this princess crap, I have found a few things that have made this stage result in a slightly less noticeable eye twitch for mama. Namely, a few books and a frame of mind for my little princess.


The first book we love is Princess Peepers Picks a Pet. Basically, Princess Peepers is the nerdy outcast at the Perfect Princess School. I love her. We bought this book to help TQC deal with her feeling like a weirdo for wearing glasses, but it ended up helping a crapload with all of the annoying princess stuff. It shows her that it is OK to be different and that being different is actually cool. She loves the book.


We also like Do Princesses Wear Hiking Boots? This books basically shows kids that being a princess isn’t about wearing pretty dresses or marrying some strange dude you met once. It teaches that, as it says when kids look in the mirror on the back page of the book, “A princess is a place in your heart.” Gag, I know, but this book really sets the stage for talking to your little girl about how a princess is how we act and how we treat people, not some just lady locked in a tower waiting for a man to rescue her.

Anyhoo. Just thought I would share for those of you that are currently self medicating their way through the princess stage with boxed chardonnay.

Advice Under the Influence: Owning a Minivan

Well, this is the last episode of Advice Under the Influence. I hope you have enjoyed the series (and shared it so the lovely people at ulive will order up some more). Truth be told, this episode was my baby. I actually bolted out of the bed in the middle of the night with the inspiration for it and furiously typed it out around 2 a.m. And wow, did IKA Collective really do my dream justice. Check it out. 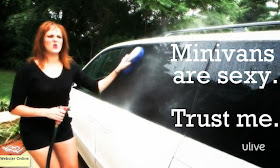 Behind the Douche Canoe

All you really need to know about this episode is that all of the footage involving the van was shot at my house. In my front yard. Right off a fairly busy street. My neighbors were all peeking out of their windows or full-on open-mouth gaping at me from their front yards. While I licked my “paws” and cleaned myself like a sexy kitten. On top of my minivan. In heels. And hot pants.


Plus, how else would I know what I would look like if I wore "mom jeans"?

Advice Under the Influence: Getting a Toddler Dressed 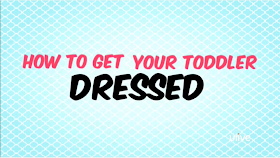 Welcome to another annoying episode of Advice Under the Influence. This week we will learn how to get our toddlers dressed and fight the effects of Toddler Erectile Dysfunction. Enjoy.

Advice Under the Influence: Behind the Douche Canoe 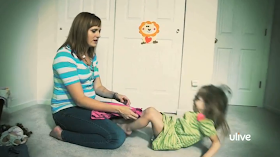 1:05 Yeah, so that display of toddler dickery while getting dressed wasn't acting. That was the actual footage of me trying to get my daughter dressed. A-hole. 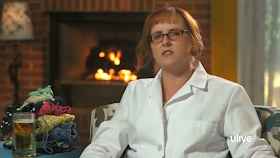 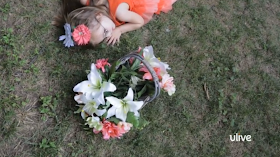 2:21 This scene was shot outside in my backyard, where I introduced my New Yorker producer to what Midwest mosquitoes are like. He actually looked scared when he came inside. Hey, I warned him to douche himself in Deet before he went out there…
Anyway. I hope you enjoyed this episode of the Advice Under the Influence. If you want to ensure that I keep embarrassing myself on the internet, SHARE IT. With everyone you know. Everywhere. Facebook, Twitter, your uncle's gay porn site, your grandma's bingo newsletter. You get the idea. The more people who watch them, the more likely that the lovely people at ulive will order up another batch of my douche canoery. Thanks so much. I will send imaginary fountains full of wine, unicorns and chocolate to all who share.